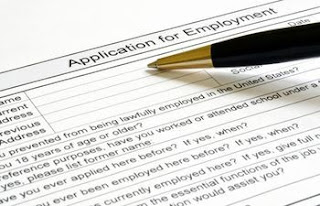 As if it isn't already difficult enough to lose one's house to foreclosure, it has suddenly become much worse. Now more than ever it is imperative that homeowners in default on their mortgage payments attempt to short sale their homes in order to avoid the ever increasing consequences of being foreclosed upon.  Homeowner's fed up with being upside down on their mortgages in non-recourse states such as California had always been able to simply walk away from their homes without much more than a damaged credit score to follow them around in life. Suddenly, we are seeing that those who have been foreclosed upon are now having to go through the remainder of their lives wearing the Scarlet Letter "F" or risk penalty of civil perjury.

For example, a client of our real estate company employed as a Sheriff's Deputy recently rushed into my office in a panic.  He was behind on his mortgage payments and was attempting to modify his loan through his mortgage lender, but had just been served with a Notice of Trustee's Sale informing him that the home would be foreclosed upon in less than two weeks. He was genuinely frightened. Not because he was afraid to lose his home, but because he would lose his job!  The Sheriff's Deputy explained that his department had a policy that prohibited their employees from having bankruptcies or foreclosures. This is not an isolated incident either.

Both the public and private sectors are now publicly frowning upon those with foreclosures.  Many government entities such as Federal, State, City and County governments, school districts, public hospitals and other quazi-governmental agencies already filter out those with foreclosures on their applications for employment and promotion. Job applications have always contained the question: "Have you ever filed for bankruptcy?"  Yet now, there is often a second question: "Have you ever had a foreclosure?"  That's right, EVER!  To answer this question lawfully one can't just wait seven years for the foreclosure to fall off of a credit report either. This trend has also been steadily expanding into student and business loan applications, grant applications, background checks, and tenant screening. 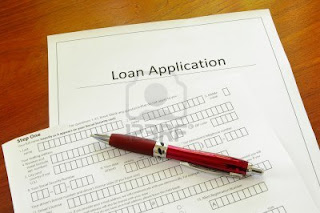 So why the harsh treatment of mortgage borrowers that fell on difficult times like so many others during the Great Recession?  The answer is global financial responsibility.  The powers that be have done so much to pave the way for distressed borrowers to short sale their homes in order to halt the spread of foreclosures that have eroded the global economic community in recent years. In many states, previous short sale obstacles like deficiency judgements, ruined credit, time constraints, hardship requirements and tax consequences have all been eased for those that choose to sell their home short rather than let it go to foreclosure.

Apparently the decision makers now feel that they need to know if an upside-down homeowner is irresponsible enough to let his or her house go in foreclosure with all that has been done to make short sales relatively painless.  So at least explore your short sale options before washing your hands of your home.  Otherwise you may not ever get your hands completely clean.