The Perfect Real Estate Storm - Better than the Housing Boom?

Residential homes haven't seen demand like this since 2002 - right before the great housing boom.  Except unlike the housing boom when interest rates fluctated between 6% and 7%, interest rates are now floating just above 3%, making monthly mortgage payments more affordable than any time in recent history according to the Wall Street Journal.  So are we on the brink of a housing industry perfect storm that so many real estate experts are now predicting? 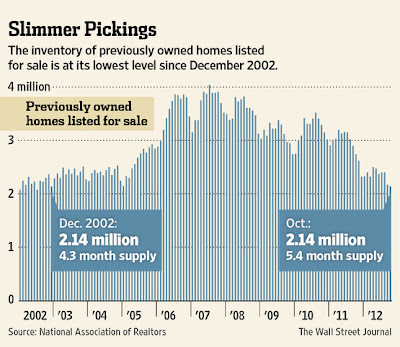 The National Association of Realtors (NAR) estimates that there were 22% less homes for sale by the end of October 2012 than there were at the same time the previous year.  Accordingly, the Winter of 2012 is witnessing the lowest number of homes available for sale in a decade.

Zillow.com similarly reports a year-over-year decline in national housing inventory of 19.4%.  The crew at Keeping Matters Current (KCM) used this Zillow data to create the useful info-graphic below to further illustrate the annual decrease in inventory experienced by 26 major metropolitan cities across the country. 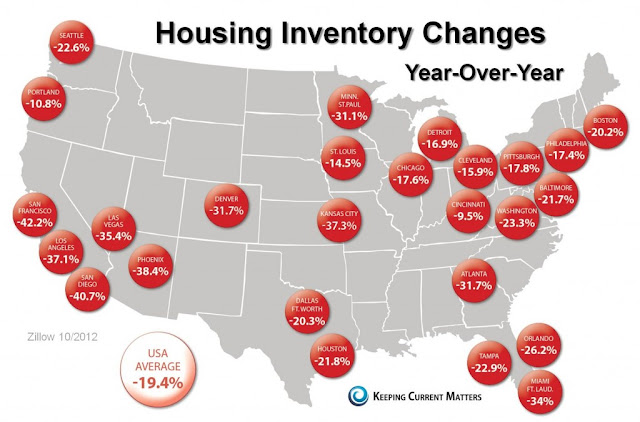 A fundamental economic prinicple dictates that when supply drops, demand is sure to rise.  True to form, October 2012 saw homes sell at an annual rate of 10.9% more than a year earlier according to NAR estimates.  With mortgage interest rates now hovering at historically low levels, a national buying frenzy has gradually ensued over the course of the year 2012.  According to the Mortgage Bankers Association, home loan applications in early November 2012 were 22% higher than the year prior. 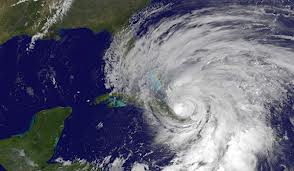 A Perfect Storm for Home Sales

What About Your Local Market?

According to a Wall Street Journal Survey, the inventory of available homes for sale has fallen in all of the 28 major metropolitan areas across the nation.  Readers can determine the housing values and trends in the nearest metropolitan areas by using the Wall Street Journal's Interactive Home Value Index.  This easy to use tool is great for examining how these developments are impacting various local real estate markets.

All of the data indicates that the housing market trade winds changed direction in 2012.  So if you are looking to move it may be a good idea to make it ahead of the oncoming storm.
Posted by Unknown at 8:36 PM